One of the things I have noted over the years from working in the field is the limited involvement by implementing parties of a local public consensus on what ever it is they are proposing to do.

In my time as an adviser to the Minister for Rural Rehabilitation  and Development  in  Afghanistan, i was drawn to the fact that all of the donors seemed to have their own agenda on where they might operate and what projects they might be drawn to, notwithstanding its relevance or lack of it to the wish of the government.

At another time and as adviser to the Minister for Urban Development, the minister was presented a proposal by the American government that they wanted to construct a ring road around the Kabul airport. From the point of view of the government, this was low down on their priorities, this was primarily to serve the needs of the US military however they agreed. In my discussion with him about its relevance, he responded, we don’t need it, but we need everything we can get so we will take it.

So too at MRRD. The minister was presented with daily requests to embark of various projects, all largely to satisfy the donor countries desire to aid the development as they saw it. The problem however was that very few of them tied into any rational overall national development plan. Afghanistan at the time had some 34 provinces, and while some of them received lots of attention, largely due to a hearts and mind interest to lure the people away from supporting the Taliban in favor of the government, other provinces received none at all. As I saw it, that was a policy that rewarded bad behavior and ignored good behavior. Fairly, some of this was attributable to the logistics of poor access to these provinces which in itself was where the development should have been taking place.

But so too was there difficulty at the local level. In one instance, the NGOs met with the local village chiefs in Kandahar region looking at what might be the priorities for a particular village. While the group settled on an improved road through the town, discussions with villagers who did not own land or the like, their interest was more towards having easy access to drinking water and a clinic.

Afghanistan had the benefit of competing development during the 1950’s when both USSR and the US invested heavily in development programs. The Russians were in Nangahar province with a major irrigation project that covered hundreds of thousands of acres while the US did much the same around Helmand province. My Indian water engineer when looking at some of the damaged irrigation infrastructure around Jalalabad commented that some of the technology that had been applied in 1950 was superior to that currently being applied in india today.

But the bigger problem is being able to connect all of the projects into a cohesive development plan which was something I was working on before I left. Roads to market need markets to arrive at and often that was not the case. They might start at one provincial boundary and end at another without actually passing through a market of any substance.

What was needed as I saw it was a strategy that reflected the passage of goods to markets along the major watersheds. Arterial roads needed to travel travel from furtherest point of a watershed to the major centre, notwithstanding that was in another province. Irrigation systems needed to be reflective of the needs of all along the respective water ways and not just the local areas selected as best fit by the donors or the implementing partners.

There were further instances in the early recovery process of Aceh following the Indian Tsunami. As a UN program manager at the time, I was competing with heavily cashed up NGO’s who acted in their own interest rather than a collaborative effort to maximize the recovery outcome. They were each competing to operating space, mostly in easily accessed areas while those in more remote areas went without. The tsunami had affected some hundreds of kilometers of coastline and while I was seeking to engineer a recovery process that divided these activities proportionally so that benefit would be felt all around, there was heavy resistance in favor of self interest almost to the point of ignoring the government and setting up a parallel private redevelopment plan that suited the NGOs.

Suffice it to say, the governments are more often than not, inadequately skilled at crafting development strategies however it is ultimately in their interest to be able to manage the countries assets better that we do the work we do.

The coordination meetings often hosted by UNOCHA between agencies is non obligatory. Attendance at them is not by accomplished strategists but agency representatives intent on preserving their particular interests and lacks a holistic view of what is necessary, even to the means by which they employ to conduct their programs.

I read recently that of the 48 Least Developed Countries agreed upon by the UN, 21 have been on the list since it was first established 46 years ago. These countries also happen to be the countries that now receive the most aid. In summary, we are not achieving any success with out efforts.

Without a clear overarching development strategy that has clear outcomes for a country to achieve global parity,  we are never likely to make a difference.  Perhaps as Dambisa Moyo argues, we should stop giving aid and allow the countries to surface naturally. 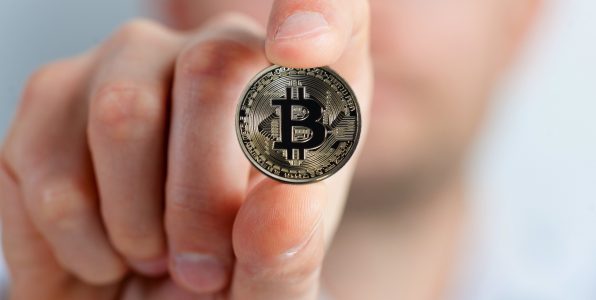