Yes you? Did you vote in the last election? Did you vote for one of the big three parties that seem to dominate the quagmire that has evolved around Lake Burley Griffin?

It was of interest to see former Senator Vanstone come out and put forward arguments that voting for smaller parties and independents is a wasted vote. Well, in some respects it is if everyone is going to vote for the big three but what people are not taking into account is the big three are by and large, the greatest cost and least benefit to this country.

Of course, you all know about the millions of dollars we spent on prosecuting a case at the High Court for a number of politicians who were either too lazy, too self absorbed or too incompetent to ensure that they were actually eligible to be a member of parliament.

Then there was the hundred million dollars spent on a national postal vote where the electorate on several instances went against the inclination of the sitting member. Also today I read the Foreign Minister if flying her boyfriend around the country yet not declaring him or his assets in the registry. The boyfriend! It is on par with Barnaby again putting his pregnant girlfriend into a cushy, well paid adviser position without going through any process of merit selection. Let someone on welfare benefits try to pull the wool on that one over the eyes of Centrelink.

But the plebiscite did prove one thing. Although in itself it was intended to delay the introduction of the approval legislation as the controlling far right wing of the coalition intended, it took the nation back to the fundamentals of democracy, a platform similar to how it was conceived by the ancient Greeks where every man could vote on a bill.

Our system of representative government has put people into power who are consumed by self interest and the assumption of power.  As a matter of course, they vote on their own generous remunerations while voting against bills that might improve the lot of the lowest level and most vulnerable section of community.

In this day and age, direct democracy has the benefit of maintaining the old Democrat motto of keeping the bastards honest yet there is strong resistance to creating a system where people get to vote on issues. By enabling it, it would serve to limit if not reduce the capability of any representatives to feather their personal nest or drive forward decisions that divide and infuriate sections of the community.

If I can do my banking and cash transfers; buy anything I want at any time; prepare my tax returns; have all my medical records on hand; then it would be a moron who suggests that our voting would be compromised. With online voting, everyone could have their voting account linked into their MyGov platform and cast a vote for every bill that is being put forward. It doesn’t need to be compulsory on any issue, similar to the plebiscite and would be a reflection of who cared.

And while I think some things might just pass, issues such as parliamentarian salaries, their benefits and their fitness for office would get the attention of almost everyone. 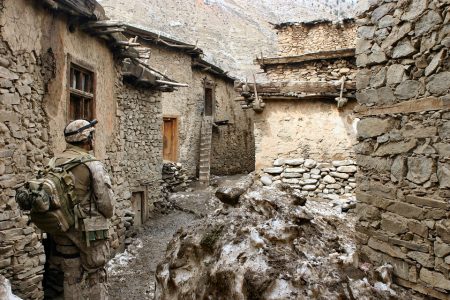 Why do we get dud politicians?

The reason to vote Yes